Explainers are short activities centered around a single primary source, map or infographic. They focus on key pieces of the story and can be taught in 10-20 minutes. Each explainer includes a few questions that you can use to guide discussion in class or ask students to respond to in writing. Explainer instructions also include background information for the teacher and ideas for how to use the primary source in the classroom. 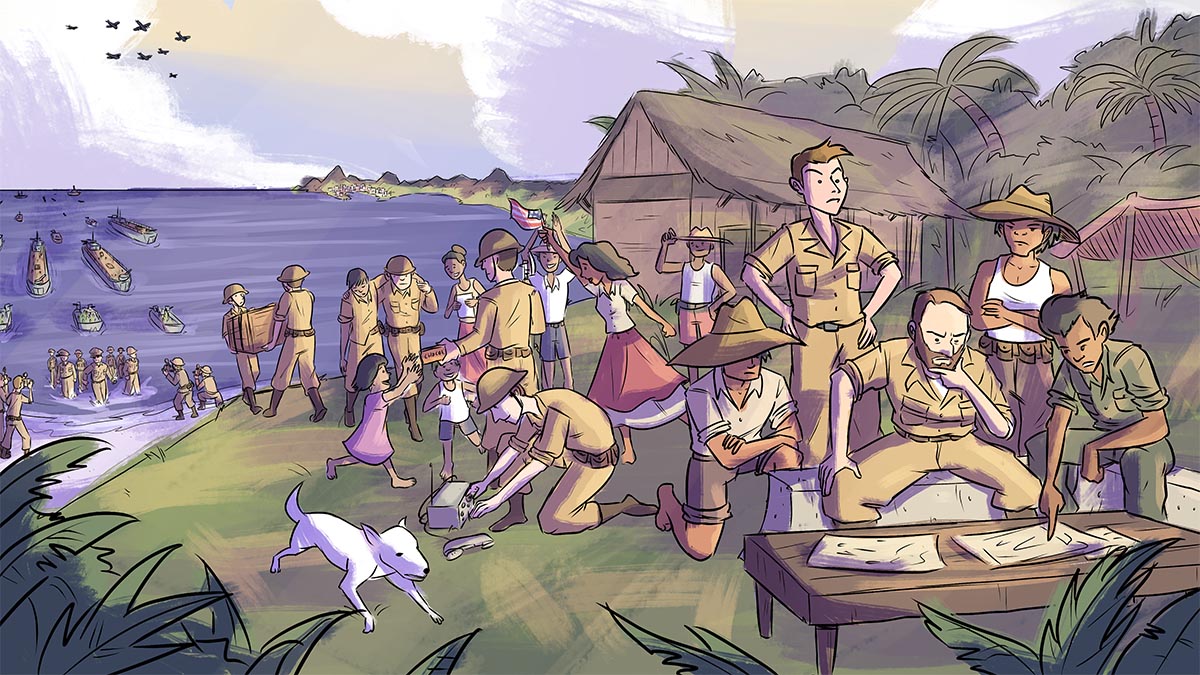 1. Aguinaldo and the Rhetoric of Liberty
Students read a speech by Filipino nationalist Emiliano Aguinaldo and analyze how he draws on American ideals and history to argue against imperialism.

2. The Strategic Importance of the Philippines
Students review a map showing the location of the Philippines to understand its strategic importance to the United States and Japan. An excerpt of a speech by U.S. Senator Alvin Bevridge shows how Americans justified their race for empire.

3. The Bataan Death March
Students read the diary of a Filipino soldier who survived the grueling six-day forced march and consider how race and nationality colored his experiences and interactions with American prisoners and Japanese captors.

4. Japanese Propaganda in the Philippines
Students analyze a Japanese propaganda poster aimed at convincing Filipinos to support the Japanese empire in order to understand the stakes of occupation of the Philippines.

5. The Rescission Act
Students review the text of this little known but hugely important budget-cutting law that stripped Filipino veterans of their benefits and set off a 70-year civil rights struggle.

7. Becoming an Activist
Students listen to an oral history interview with an activist in the struggle for Filipino veterans’ benefits and consider why he got involved and what kept him motivated.

8. The Guerrilla Roster
Students scrutinize a declassified questionnaire with a Filipino guerrilla and discover the historical importance of the little known “Guerrilla Roster” from the Philippines in World War II.

9. Why Oral History?
This overview and suggested exercises help students explore oral history as a method for understanding the past.

10. Why It Matters
Students define equity and justice, listen to oral histories, and write an op-ed articulating why Americans should care about the story of Filipino veterans.