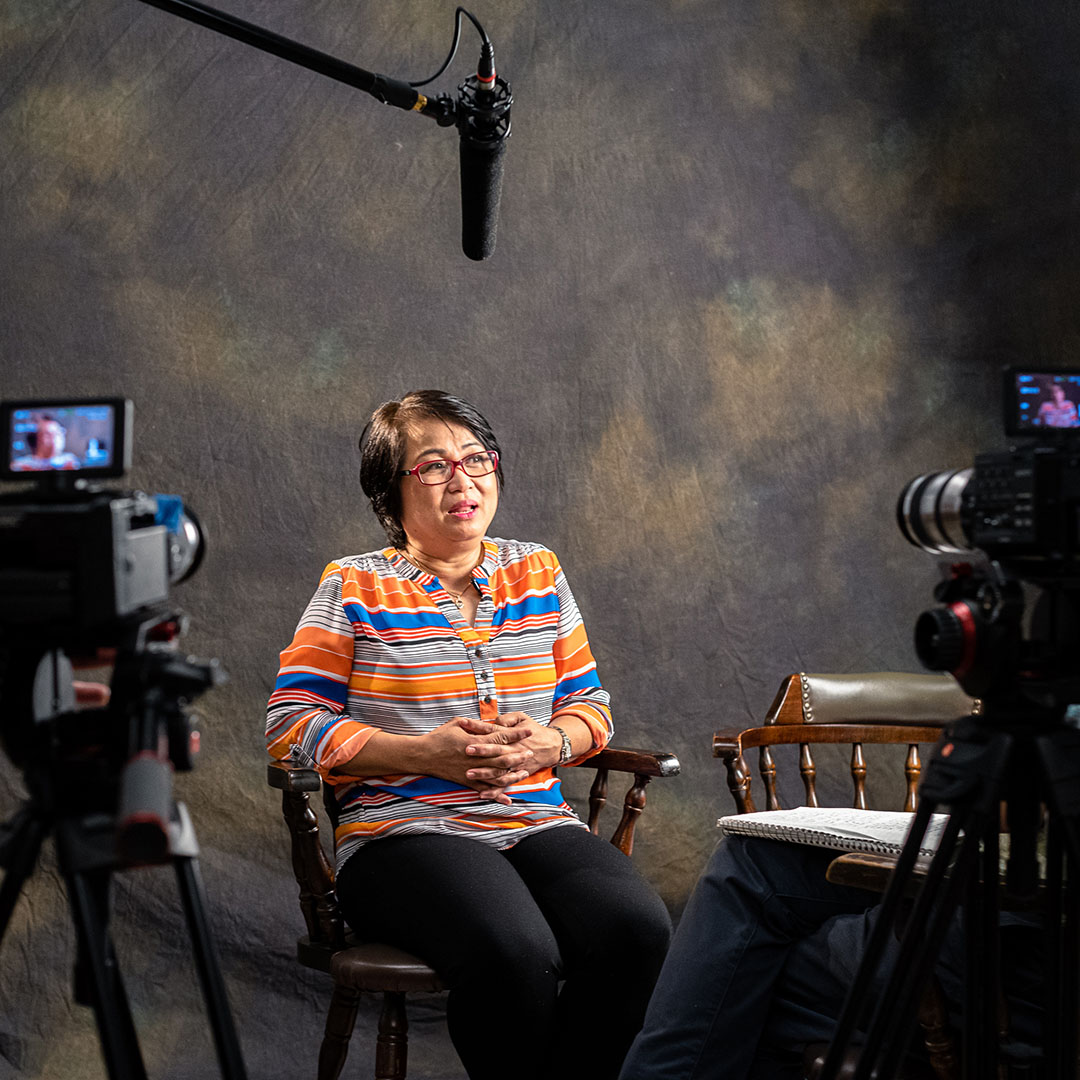 This overview and suggested exercises help students explore oral history as a method for understanding the past.

Donald Ritchie, the emeritus historian of the U.S. Senate, offers this definition of oral history as a historical method: “Oral History collects memories and personal commentaries of historical significance through recorded interviews.  An oral history interview generally consists of a well-prepared interviewer questioning an interviewee and recording their exchange in audio or video format.  Recordings of the interview are transcribed, summarized, or indexed and then placed in a library or archives. These interviews may be used for research or excerpted in a publication, radio or video documentary, museum exhibition, dramatization or other form of public presentation. Recordings, transcripts, catalogs, photographs and related documentary materials can also be posted on the Internet.  Oral history does not include random taping, such as President Richard Nixon’s surreptitious recording of his White House conversations, nor does it refer to recorded speeches, wiretapping, personal diaries on tape, or other sound recordings that lack the dialogue between interviewer and interviewee.”¹

In some ways, oral history—well-prepared interviews with eyewitnesses, to understand the past—is the oldest historical method humans have used. But the field as we know it today emerged in the 1940s. A few factors influenced its emergence. One was that portable recording devices were invented and more widely available—this made it possible for oral historians to go anywhere to record interviews. The second was a change in how historians thought about whose point of view was worth recording. Politicians, business leaders and other elites often leave behind lots of written records: diaries, speeches, correspondence, legal and financial documents, etc. For a long time, the historical profession relied on these sources to narrate the past. This left out the vast majority of people, especially people who were poor, uneducated or, due to race, gender or national origin, not considered important enough to have influenced society. As historians grew more interested in ordinary people, they needed new methods to capture their experiences. Oral history is one of the best methods of studying the experiences of regular people.

Oral history is not without its issues. For one, it can only recover things within living history; there’s no such thing as oral history for the medieval period! Less obvious but more important is that human memory is flawed. Over time, our memories fade. What we remember about an event is heavily shaped not only by where we were in relation to the event, but also by our social, economic and political position: our values and beliefs shape what we pay attention to at the time, and what we think about what happened later. Humans have “false memories” often: they might claim to have been somewhere or have seen something when in reality the event they’re describing took place at a time when they were somewhere else. Oral historians are often as interested in why a person remembers something a certain way, as in what they remember.

The social and power dynamics between the interviewer and interviewee can also shape what gets said, as well as how it is interpreted. One famous example: in the 1930s, as part of the New Deal’s Works Progress Administration, oral historians collected interviews from people who had been slaves before the Civil War. Almost all of the interviewers were white, well-educated and not from the South. All of the interviewees were Black and most were poor and not well educated. They were recorded at a time of strict segregation, when equal and respectful interactions between white and Black Americans, especially in the South, were rare. These social dynamics definitely played a role in what interviewees shared, as well as in how interviewers transcribed and analyzed the interviews. There’s no doubt that the WPA Slave Narratives are some of the most valuable historical sources available about the experience of being enslaved, but historians who use them today have to account for the power dynamics that shaped their creation.

The Filipino Veterans Recognition and Education Project has collected a number of oral histories with veterans, activists (many of whom are family members and descendents of veterans), legislators and others who have been engaged in the battle for Filipino veterans benefits. The oral histories on the Duty to Country website include veterans’ recollections about the Japanese occupation, fighting the guerillas, and Philippine independence. There are also many interviews with activists sharing how they first got involved in the movement, what actions they participated in, and why they think Filipinos’ claims were denied. Excerpts of these oral history interviews are featured in the exhibit Under One Flag and are the basis for the short animations and illustrations that appear throughout the exhibit.